#newvideo is live a #storytime of My Special Whistle, this special video is dedicated to my special friend Sam​, for everyone that always ...

My Coming Out Story: Rob Carrasco

My Coming Out Story: I remember always being so very scared of who i was or rather who i didn't know i was, really I'm always living for everyone else well, i was until this year and since growing up now. Remember "Rome wasn't built in a day, but eventually Rome was built"-Bethenny Frankel

When i was growing up i was always called every name in the book faggot, accident, looser, fuck up, you name it that was my name. so who wouldn't be scared? and most of it was from the people i loved the most in my life, my family. Boy was i wrong family does not do that, that's why some of them have come around and I've had to let some go. my life, is my life.

It took a lon hard while and so much talking to myself if this was me? or was it what everyone wanted for me? or am i just supposed to be "a Faggot" growing up it wasn't talked about when i was small it was PBS kids and barney. now days kids talk sex drugs and teen mom. Its scary but that's how it is. I knew when i finally came out i was happy it was me it was the 2nd thing i did for me. the first was adopt my dog Lucy LULU Carrasco!

i also want to thank my friends,family and loved ones so very much thank you for letting me be me.

i want you all to go out there and be happy it takes some time just sit and dig deep and ask you're self what i asked my self " are you ready to be who you are? you can do this i believe in me"-

Email ThisBlogThis!Share to TwitterShare to FacebookShare to Pinterest
Labels: gay, it gets better, my coming out story

Love,Till Death Do Us Part 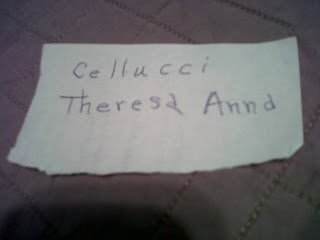 Today was so Ahamzing so very special, The pic on top is the woman i met today at work. she was so outstanding.

She brought me to tears with joy love hope and so very much more. she is so.... just wow i could go on about her. i asked her to write her name and she wrote it down for me. a little about her, shes Italian, shes lost recently lost 95lbs! (we high fived! lol) and shes recently single/widowed and has  kids. she is also my new friend, and is a force of life and love!

today at work, i was going to put some pool stuff up in the front, then, i was stopped by a woman by the name of Theresa. She asked me if i would help her find a big bag of trail mix. i told her yes and told her to follow me. followed me she did, with her shopping cart and Kleenex in her hands. I found one but it was too small she asked if i could find another one bigger? i said yes and went on my way to find one.
I couldn't find one when i returned to tell her that she said it was alright and okay, but thank you for paying attention to me, for having Patience and so much more for me. I just wanted to give her a big hug and tuck her into bed! (the first one i told this story to was my boyfriend Angel) she said she was going through so much she had recently lost her husband. Can you believe that loosing your best friend? she told me they were together for 65years! wow! i was so ahmazed at that. and so happy i almost cried.

She told me she had took care of him when he got sick and mention to her kids (they are adults now) about her just taking a day off and maybe them taking him for a day out or her and she said they never did they never helped her in anyway. could you believe that? it broke my heart that her own kids would do that to her. she told me she never asked them that was her best friend and she wasn't going to leave him. she loved him and that's how it was going to be.

(now, through this whole convo we are just standing there talking at the snacks like if we knew each other forever i love that. i love to listen to people its something that makes me very happy.)

So as she told me that and she also told me she never had a break and never did anything for her self. she is a real woman. That Theresa, she said when he died she gave the ring to her daughter and his stuff to his family. she told me that when i asked if that was the wedding Ring he had given her and she said no. she said she Had to move on at sometime in her life she will always love him no matter what but she has to have fun and do things, he would want that. she said she has a gym in her home and so much room shes going to workout and do all that. i told her to come visit me in the toy section and she said she would i hope so i had so much fun talking to her.

I went back to work but i couldn't help but wonder what would she do? if she would come back? i wanted to take her picture but when i turned she was gone she had asked "where was the shaving cream?" i told her at the pharmacy and then i looked all over but could not find her. shes fantastic, that woman.

As always... I love talking to people i love them to know I'm listening to them. i hope one day i will have this love, its the best love.

It reminded me of my boyfriend Angel and I we always say forever and so much more. hes truly special that's why he was the first person i wanted to tell he loves, love as much as i do. we both aren't perfect but hes as perfect for me as i am to him i love him so much.

Email ThisBlogThis!Share to TwitterShare to FacebookShare to Pinterest
Labels: i love you, love

I know i usually do Talented Tuesday's on my blog to showcase a new talent that I'm obsessed with every week. But I've been inspired by my friends tats. I don't think i would get one but never say never lol! ya know the whole saying "would you put a bumper sticker on a Bentley?"-Kim Kardashian
So here are so amazing tattoos i love they have great meaning behind them for each person. which your fav? 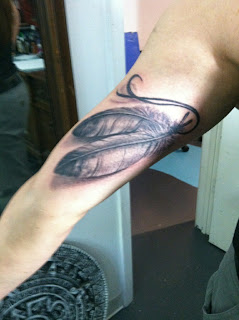 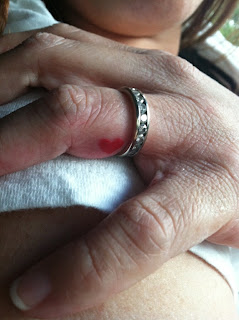 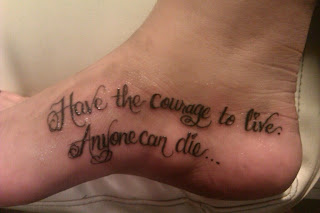 the top two are sennys i love the love one you all know im a hopless romantic and the bottom one is brendas. 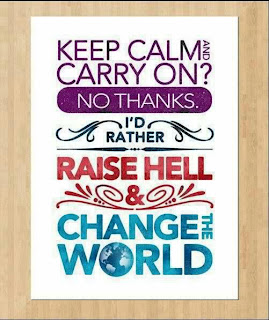