#newvideo is live a #storytime of My Special Whistle, this special video is dedicated to my special friend Sam​, for everyone that always ...

In any way we all are a victim of the whole who's on the cover of this or that tabloid or the "oh no I can't believe she/he did that" or the old "who do they think they are?" We not only ask our selves that but while we say those things and look at that magazine were holding in line waiting for our unpaid items we don't think about our own lives just to stand there and judge the one in front of us. Is that the right thing? Do we always judge? Do we see others as the one making the mistake as if were not? Why do we judge? I include myself in because I too was like this looking and saying who are they but my judgment was very short lived I can say for about a month tops!

I used to stand there and read all the dirt say this and that. But this started at an early age and adult in my life would buy a certain magazine she lived my it was big time trash like that mag that would say a "a woman had an alien type thing" you know that kind. So as I would read and look at the pictures I thought it was all real. So I thought so I quikly thought but this had made me fascinated with this life and these people how different they were but yet so "normal" I re member from hilary duff, oprah winfrey to britney spears the kardashian/jenner family and betheny frankel. People that I admire I would stand for them and for what they did if I believed in it and them so much and still do I'm so big on the kardashian empire there ahmazing business woman and yes we all know about what has gone on recently but as I love kim so much I won't go further into that because I don't know it and not in it and. Don't place judgment on her. She's a smart women she will be ahmazing!


But we do in life go and yell and scream and talk so much. Say things that aren't true you can drop your kid and were something kray kray or even have a very nasty split with someone and be hurt and cry go for yrs of depression, or even want to date a few people here and there and yet no one will tear you apart or call you out or say "you faked a wedding" or "your a bad mom" or even "who do you think you are?"


The next time you see a magazine
Don't just look at the headline screaming my baby is an alien
And start making a bigger story about what's not true
Unless the baby itself says it was a ufo that planted him in the womb.

Life and how we thought it would be..

We always go on to life and think is this our last day here is this the only person im going to love or is this really where im ment to be?? we cant always nor will we know if it will be our last day or if it will be a "new beging" or that "new chapter" in our lives we just have to live it. also live with it, now i dont mean go into a great depression becuse your life is over if you feel that way. No waht i mean on that is breath for a second and have your moment  dont be sad all the time or hurt all the time trust me theres so much more and worst out there. But with that said there is also so much great out there too. Wouldnt you want to go to a better place where your dreams come true where your heart speaks too everyone on what it has been holding inside?

I know the answer to that is YES who wouldnt but so many of us give up so fast and end it all so fast. i never understood why, is it becuse of all the sadness of all the lonley-ness in life? who knows diffrent people diffrent perspectives on life. now we dont ever know what tomorrow will bring on later on in the day we could get married in a month someone could be pregnant right now, or you could catch and cold just by walking out the door. but what you should know is gving up or hating the way you look or feel is not the way life was ment yeah we have our ups and down days so do i where we feel "fat" or too "skinny" or even not pretty. but its like the lady gaga song says "baby you wer born this way...and god makes no mistakes" 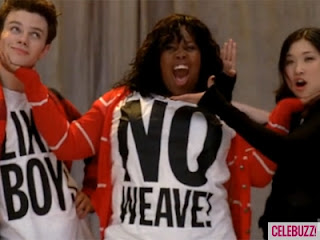